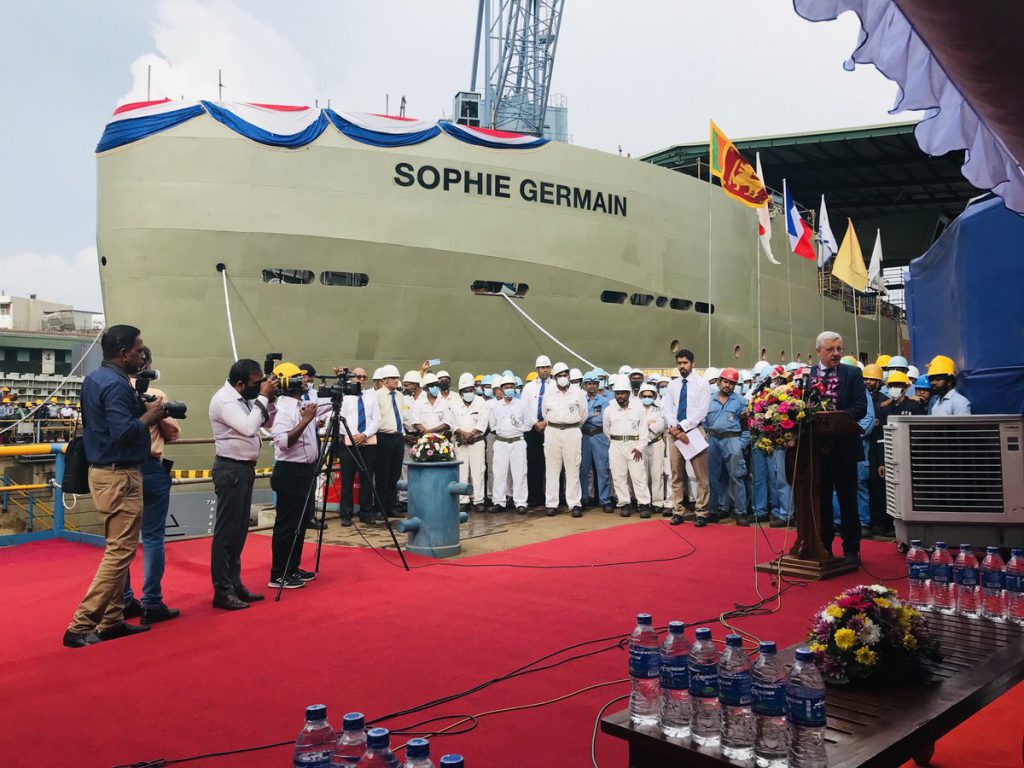 The Latest Ship From Colombo Dockyard Is the Sophie Germain, Built for Orange Marine

Sophie Germain was originally built for the Colombo Dockyard of the French cable laying company. It is primarily used for the repair and laying of submarine cable.

The basic design of the vessel, designed as an environmentally friendly vessel, was done by Norwegian company Vard. This design was then carried out by Colombo Dockyard with detailed plans.

In 2019, the Colombo Dockyard Company designed a 113-meter-long submarine cable-laying vessel for Japan. Sophie Germain is their second such vessel and the first one created for Europe. It is also the first of its kind to be manufactured as well.

A new submarine ship will be the first vessel in its generation designed specifically to repair cable and energy cables. It’ll be cutting-edge and equipped with modern equipment, and it has been designed to reduce its environmental impact by twenty percent.

When the vessel is ready to ship, Orange Marine will escort it to La Seyne-sur-Mer, its future home port.

Colombo Dockyard is a company with an international reputation. They have their factories located in Sri Lanka and are known to provide engineering technology that’s truly innovative. This institute has helped Sri Lanka create more jobs, while earning foreign currency for the country as well.