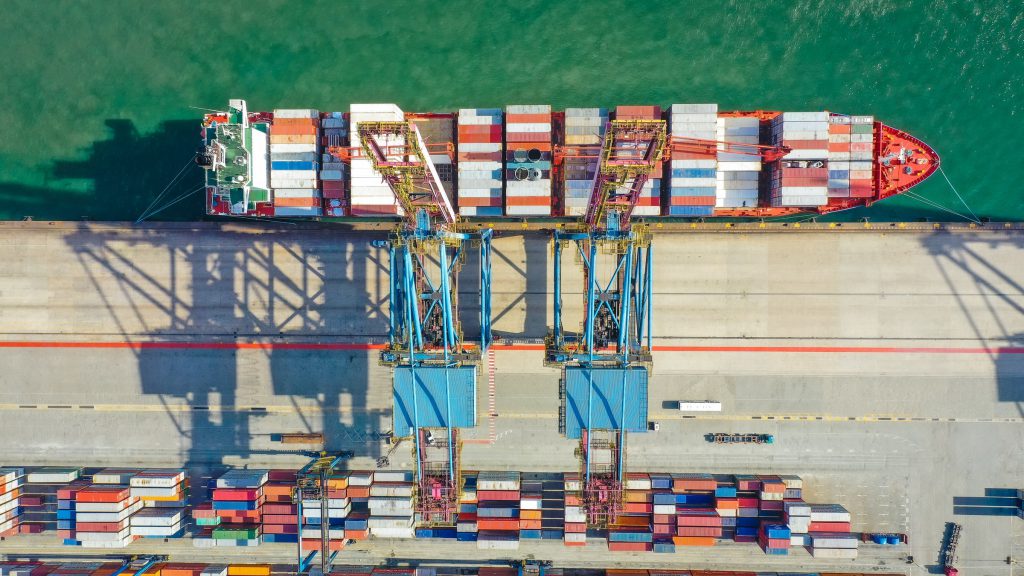 The ship involved is the 15,000 TEU MSC Aries, built at Hyundai Heavy Industries (HHI) shipyard in South Korea in 2020, VesselsValue shows. At the time of the incident, the Madeira-flagged boxship was on its way from Long Beach, the USA, to Ningbo and Yantian, China.

“MSC Aries, deployed on our Sequoia service on voyage US053S, met with heavy weather while en route from Long Beach to Ningbo, impacting a limited number of empty containers. No cargo went overboard, according to preliminary reports from the vessel,”

MSC confirmed in a statement.

“MSC has worked closely with the necessary parties and authorities to allow the vessel to berth at the Port of Ningbo on 4 February where a survey is taking place to assess the status of any containers damaged onboard and any further action to take. We expect the vessel to resume service soon after the survey.”

Although the containers lost overboard were empty boxes being returned to China, it remains possible that some loaded containers might have been damaged as a result of this incident. Which could give rise to potential recovery aspects, WK Webster (WKW) separately said.

“WKW has nominated a surveyor to proceed to Ningbo Port to investigate the extent of damage to containers further,”

The newest container spill occurred only two weeks after around 750 containers fell overboard from the Maersk-operated boxship Maersk Essen in the North Pacific. The 13,100 TEU ship experienced heavy seas during the crossing, resulting in the loss and damage of containers.

Containers falling overboard isn’t unheard of, but the recent rash of losses is happening at a time when many shipping lines are running at full capacity, and empties are being rushed back to Asia for the premium they command on U.S.-bound trips. The World Shipping Council has estimated that an average of 1,382 was lost at sea each year from 2008 to 2019.

Geneva-based MSC said the Aries berthed at Ningbo port Thursday and is expected to resume service soon after the survey is completed.